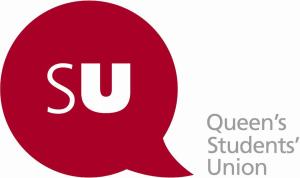 On the eve of the first day of fresher’s fair The Gown broke the news that QUB Sinn Féin hoped to secure enough signatures for the SU to hold a referendum asking the student body if they wished to support an united Ireland.

QUB Sinn Féin secured 750 signatures surpassing the quota of 2.5% (of around 600 students) needed in order for a referendum to proceed.

The referendum will be held on 27 October via QOL.

QUB Sinn Féin will pose the question, ‘Should Ireland be a united and independent country?’

In the past week a campaign born out of opposition to QUB Sinn Féin’s referendum has secured a referendum of their own.

On Monday night a document on google docs emerged on social media stating:

“If you are a student at Queen’s University Belfast and you think the Students’ Union should be a shared space that is inclusive of all students and that does not actively support either the union with Great Britain or a united Ireland, please sign this petition to indicate you would like to have a YES / NO referendum on this position:This Students’ Union is a shared space that is inclusive for all students and should therefore have a neutral stance on the constitutional position of NI.”

The neutrality campaign has been reluctant to identify themselves with only one student, Julia Andrade Rocha an international postgraduate, publicly pushing the campaign so far.

It is believed that the neutrality campaign includes several prominent unionist students on campus.

Ms Andrade Rocha tweeted on 15 October that the petition on neutrality had been submitted to the SU at 1pm with 630 signatures.

The neutrality campaign pose the statement, ‘This Students’ Union is a shared space that is inclusive for all students and should therefore have a neutral stance on the constitutional position of NI.’

This referendum will also be held on 27 October.

Both referendums offer the options of YES or NO.

On 16 October SDLP chair Jack Donnelly stepped down citing personal reasons with vice-chair Shannon Downey becoming interim chair until after the passing of the referenda, when a new chair will be elected.

Young Greens Northern Ireland, the youth wing of the Green Party of Northern Ireland chaired by Georgia Grainger, released a statement via their website on Thursday night on the referenda.

The Greens encourage students to ‘take this as an opportunity to think critically and examine the country we live in and how it is run, and to look at the alternatives both inside the UK and in a United Ireland.’

Yet they also ask students ‘to consider whether they think it is appropriate or necessary for the SU to take this stance, as the SU exists to unite students as part of a wider university community rather than exclude students who disagree with the official stance.’

For a referendum to be binding more than 10% of the student body must vote, if less than 10% vote then it is only a ‘recommendation.’

The Gown will be collaborating with Queen’s Radio “QUB The Scoop” in co-hosting a live ‘Big Referenda Debate’ next week.