By The Gown team 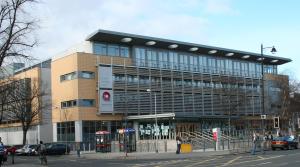 Students’ Union Councillors are to sit for a special meeting on 2nd February, to consider the exact impact of the Department of Employment and Learning’s funding cuts.

A day after The Gown revealed via a leaked email that the SU leadership were considering axing two Student Officer positions, Councillors were emailed asking if they supported the proposal of a Special Meeting to discuss these measures, which required the approval of 20 Councillors. This was gained, and The Gown understands that Officer Review Group met recently, after the Christmas holidays.

Councillors were emailed the agenda and papers as per normal, in advance of the meeting (sent out on 19th January) in which it states the Officer Review Group “has agreed that, in order to comply with the current Students’ Union Constitution, all seven positions should be elected and no posts should be discontinued or merged at this time.”

Instead of cutting two Student Officer positions entirely, the agenda suggests the option of making two positions voluntary. There is also the possibility of reducing all seven officers’ salaries to £12,500.

Currently, the SU Constitution mandates that the 7 current Student Officer positions must exist. However, it does not state that these positions must be paid. If a decision to axe Officers had been taken, this would have been a breach of the Constitution, which is a legally binding document that can only be constitutionally amended through a referendum.

The agenda continues that “if it is the decision of the Special Meeting of Council that one or more of the elected officer positions are to receive a stipend of zero, the Executive Management Committee will, at the earliest opportunity, meet with the officer(s) in question in order to address how the workload associated with that post(s) will be best delivered.

“The anticipated outcome is that a proportion of the work allocated to an unpaid officer(s) will be delivered by an officer(s) who is / are in receipt of a monetary stipend. You should be assured that if it is decided by the Council that one or more posts is to receive a stipend of zero, the elected post holders will still be Officers of the Students’ Union, but simply on a voluntary, part-time basis, and they may continue their course of study without interruption if they have not yet graduated prior to taking up their post.”

The agenda states that if, at any stage of the voting process, any of the options receive the support of more than 50% of Councillors present, that option will be the decision of Council for the election of the student officer team for 2015-2016.

The Special Meeting will be held in the Space (Level 1 of the SU) at 6pm on Monday, 2nd February.

To read the proposed options in full, click here.