“Journalism is printing what someone else does not want printed: everything else is public relations” –George Orwell.

If you pay a visit to our office on the third floor of the SU, you’ll notice we’ve recently added this quote to our door. Following our interview in the last issue, with Vice Chancellor Patrick Johnston which revealed his belief that pay is a poor motivator for staff, there are those who believed our reporting is over stepping the mark and that it is unfair. 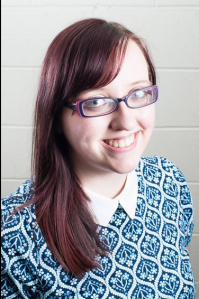 Orwell’s words serve as a reminder to them, and us that The Gown’s central role of holding the SU and University to account will not be shied away from. The Gown was founded in 1955 and the SU in 1967; a free and independent press is older than democracy at Queen’s.

I’m not surprised by criticism for bold reporting and if anything, it’s proof that The Gown is serving its purpose well. However, criticism of my grammar on Facebook and Twitter updates was not something I anticipated as I sat in Deane’s restaurant last spring with The Gown Trust, pondering over the responsibility I had just taken on in being editor.

Unlike criticism of my interview with the VC, criticism of my grammar does get to me. There have been several cases of outrage from people on social media at incidents such as my incorrect use of “begun” and writing “went to print” as opposed to “gone to print.”

I have been told that is shameful that a student, let alone an editor of a newspaper, at such an esteemed university could have such woeful grammar.

I am the first in my family to attend university. My parents left school at 15 and have worked hard all their lives. An uncle now passed left school at 13 to work in a quarry. He and his siblings brought most of their wages home to my Granny to help feed the family, which included 9 children by the time my father, the youngest, was born.

My mother is the youngest of 13, and grew up in Donegal. Her father was heartbroken to be told age 13 that he would have to quit school to work on the farm, being the only son. He loved reading and maths, loved learning. Friends would remark that if he of had the chance, he could have really done well, could have become an accountant perhaps.

I am proud to come from a family which has farmed for generations. My lapses in grammar to me, are a reflection on my roots and I feel an odd fondness for them. Nearly 3 years in Belfast and I am losing my strong Fermanagh twang.

I know to become a journalist I must strengthen my grammar but the condescending manner in which it has been corrected gets to me. I cannot help but feel that it is profoundly classist. It is such moments that make me fleetingly feel like I don’t belong in this career, that I am not good enough because of my background.  I have entered a world so separate from my family; university will probably be the means in which I enter the middle class, something I struggle with.  My grammar mistakes make me think of all those in my family who worked like hell and were denied the opportunity to have a full education. They are a reminder to never forget where I came from and the hardships endured by generations before.