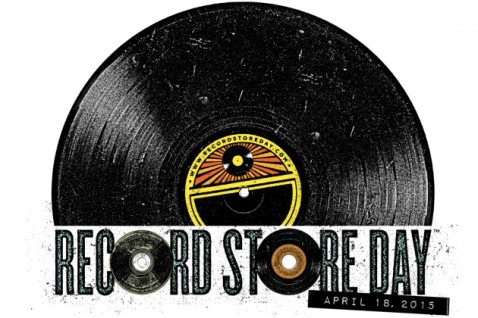 Saturday 18th April will see another Record Store Day take place across the globe. Founded in 2007, Record Store Day is a celebration of independent music stores and vinyl record media. Releases this year will include exclusive turntables and pressings of music by the likes of David Bowie, Biffy Clyro, and the Foo Fighters as well as many more.

As in previous years, Belfast’s independent record stores will be participating in this international celebration. Both Head and Sick Records will not only be stocking limited edition Record Store Day releases, but they will hold in store performances from local musicians and DJ’s as well. Dragon Records will forego involvement with the event; however they are still equally worth a visit as they celebrate their 5th birthday which falls on the same date.

Sick Records will open at 8.00 am on Saturday morning to eager vinyl purchasers. From 2.00pm music fans can enjoy live performances from a range of local artists such as Catherine Hatt, Ciaran Lavery, The Mighty Stef, The Bonnevilles & Special Guest, Robyn G. Shiels. Head will open at 7.30 am, yet with Castlecourt shopping centre opening from 7.00am, queueing is expected.

Indeed, Head have big expectations for this year’s event. Speaking with The Gown they stated that they were, “Expecting it to be the biggest one yet, if the amount of turntables sold in the last lot of months is anything to go by!” Given that the exclusive releases will be sold across the city on a first come first served basis it seems an early start may be in order to avoid disappointment!

Back in February, Dave Grohl whose band the Foo Fighters will release what has been deemed an “experiment for fun” on Saturday, was announced as Record Store Day Ambassador for 2015. In this role, Grohl released a statement in which he emphasized the importance of record stores, stating that his experiences within their walls changed his life. He urged readers to get involved on April 18th, “I believe that the power of the record store to inspire is still alive and well, and that their importance to our next generation of musicians is crucial. Take an afternoon (and some hard earned lawn mowing money) and please support them. You never know, it might change your life forever, too”.