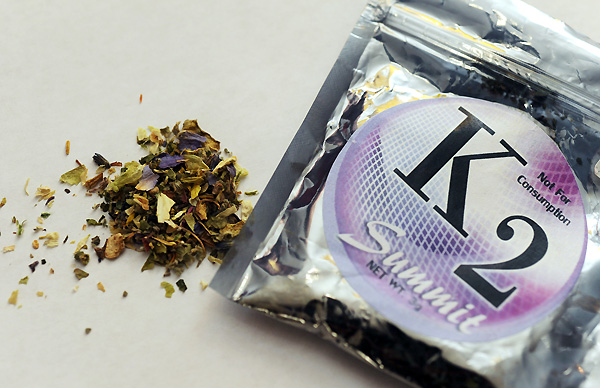 New legislation has been passed that seeks to effectively tackle substance abuse of prescription drugs.

The Psychoactive Substances Act, which follows similar legislative guidelines in Ireland, introduces a blanket ban on the production, distribution, sale and supply of so-called ‘legal highs.’ Offenders could see a two to seven year prison sentence if convicted.

The new legislation will be applicable to all areas of the UK, significantly empowering police and other law enforcement agencies with the authority to deal with the trade, most notably in terms of the power to enter and search premises.

Up to 500 new drugs have been criminalised by the government since 2010, but the current system is seen as labour-intensive, as substances have to be individually assessed before they can be outlawed. The problem is further compounded by the fact that suppliers frequently produce newer strains immediately after a previous version has been outlawed, and so the process begins anew.

Speaking to The Gown, Paul Loughran, VP for Community said “I’ve seen first-hand the devastating effects that psychoactive substances can have on people and how these so called legal high shops tend to sell their products to young and vulnerable people, so I think that introducing legislation aimed at closing down these unregulated shops is a good idea. It’s worth noting that this law doesn’t penalise the drug-user, which is very important in trying to bring about actual change and removing the stigma around drug use. However, overall I think this highlights even more how the government must introduce a complete overhaul of their legislation around drug use, production and supply.”

Justice Minister David Ford and Health Minister Simon Hamilton have welcomed the Act’s assent, with the former praising it as “…an important milestone in the efforts of the Westminster Government and the Devolved Administrations and represents a significant change in approach to the emergence of these substances” Mr Hamilton echoed that “New Psychoactive Substances have caused significant mental and physical health issues in Northern Ireland…while it will not solve all the issues, I welcome the legislation as it will help to reduce the supply and availability of these substances – especially to our children and young people.”

However, the Act has been criticised from a number of quarters, namely for its perceived impracticability, its vagueness and implications on civil liberties. Ron Hogg, Police and Crime Commissioner of Durham, expressed his concern that the Act could only result in confusion for the officers who are seeking out drug traffickers on the field. The bill apparently makes trading and selling legal highs unlawful, but anyone caught using them for personal, and not commercial use, is not liable for prosecution. The Advisory Council on the Misuse of Drugs (ACMD), whilst praising the home secretary for taking a “proactive” approach to the problem of legal highs, nevertheless has written to Ms May telling her that the Act risks handing out seven-year prison sentences to the sellers of benign or even helpful herbal medicines, criminalising otherwise law-abiding young people and making the “directors” of pubs, clubs and even prisons liable for prosecution.

2 thoughts on “Government Cracks Down on Legal Highs”