Student Broad Left based in England, have given their support to the QUB Vote Yes-Irish Unity campaign.

Student Broad Left describe themselves as a “network of left activists campaigning for a progressive student movement.”

The organisation include in their objectives on their website “justice for Ireland: for equality, civil rights and a just peace. For the full implementation of the Good Friday Agreement. Support for Irish self-determination and to bring an end to Britain’s role in that country.” 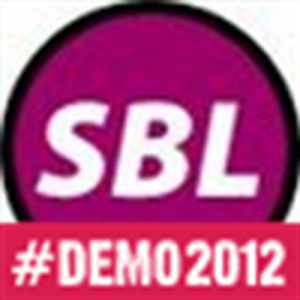 In an article on Student Broad Left’s website, Joe Dwyer states that students in Britain have a responsibility to “to ensure that the Irish question remains on the political agenda in Britain” and that ” being a progressive student in Britain means challenging the continued British jurisdiction in Ireland.”

Dwyer argues that “It makes little sense for an island of 6.5m people to be split into two separate tax systems, two separate currencies, two separate legal systems, and two separate competitive economies” and that “partition has failed woefully” with “two conservative states both ruled by the old orders” created as a result.

Dwyer likens the unionist parties of Northern Ireland to UKIP.

“Just as we have seen in Britain with the UKIP-tail wagging the Tory-dog, so too have the DUP and UUP fallen under the influence of this small rump of Anti-agreement Unionists. From opposition to a Peace and Reconciliation Centre, to the recent refusal to appoint an Assembly Speaker – Unionists have begun to step away from the spirit of the agreement. Unfortunately the British government has allowed this unionist intransigence to prevail.”

He concludes that “whatever the outcome of the Queens poll, this initiative has set out the key discussion centre stage. Students here should take the opportunity this presents to also join the discussion and link up with progressive students in Ireland, by supporting self-determination and the peace process. It’s a good time to put Ireland, and the unfinished business of Britain’s colonial role there, back on the agenda.”

Student Broad Left is a factional grouping within the National Union of Students. Formed in 1997 as a spilt from the Campaign for Free Education, SBL first contested NUS elections in 1998.

The group advocates strong support for liberation campaigns, the rights of Palestinians, free education and opposition to racism, Islamophobia, fascism and war.